This topic describes the general workflow for developing, deploying, and managing your Octave solution in production. The general steps are:

1. Set up your Company and invite Users

Generally, one person from your organization should perform the following steps to create an Octave Company for your project. Other members of your organization can then be invited by this person to join that Company:

2. Develop and Test Your Octave Solution

When developing your solution in Octave, you will configure devices with Observations, Edge Actions, Services as well as Cloud Connectors and Cloud Actions on the cloud side. Once the device configuration has been completed to meet your use case, you will make a Blueprint that will then be deployed to other devices.

Build your Edge use case and save it as a Blueprint

Prepare the Octave Cloud Side

Prepare your company in Octave to work with data in the cloud:

3. Deploy Your Devices and Scale Your Octave Solution

Deployment can be done via the Octave UI, but at this point most customers tend to perform deployment in a programmatic manner using Octave's REST API. Below are the steps commonly performed in Octave before those devices are powered on:

The following diagram illustrates this workflow: 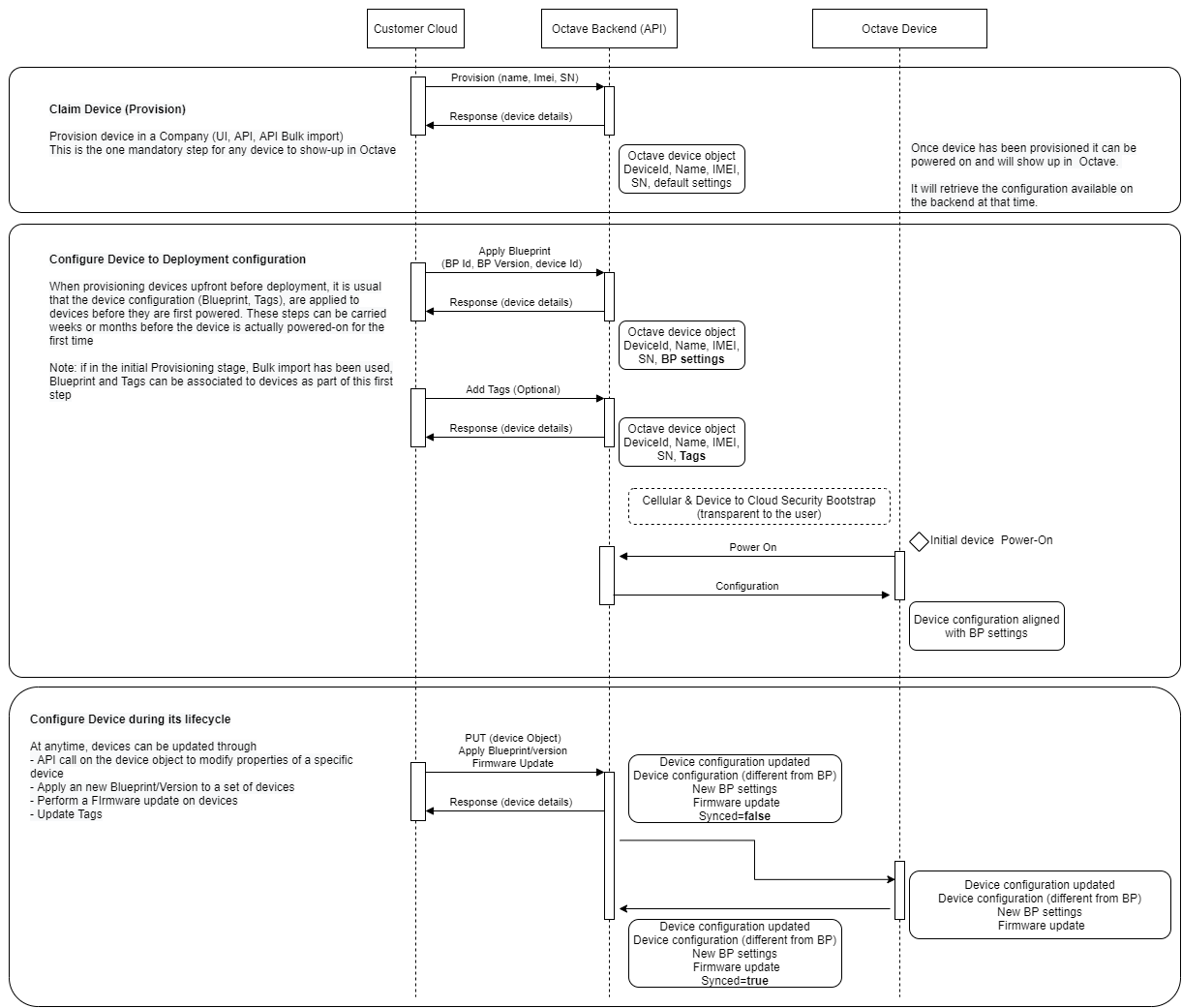 Once your solution has been deployed, you can: