This section describes how to integrate Octave with Microsoft Azure IoT Central to report sensor data to your IoT Central application.

A. Create your IoT Central application in the Azure Portal.

B. Deploy and configure the "device bridge" from the Azure portal:

Install "Device bridge", and follow its own deployment steps from 1 to 6 .
We have integrated the required steps below in this documentation.

If you want to access the original online source for this Device Bridge installation tutorial, it is maintained here by the Azure team Device Bridge Readme. Otherwise, just keep following the steps below

Right Click to open this in a new Tab:

Take the following steps to deploy an Azure Function into your subscription and set up the device bridge.

Once this is open, fill the parmeters the ARM template asks you to fill: 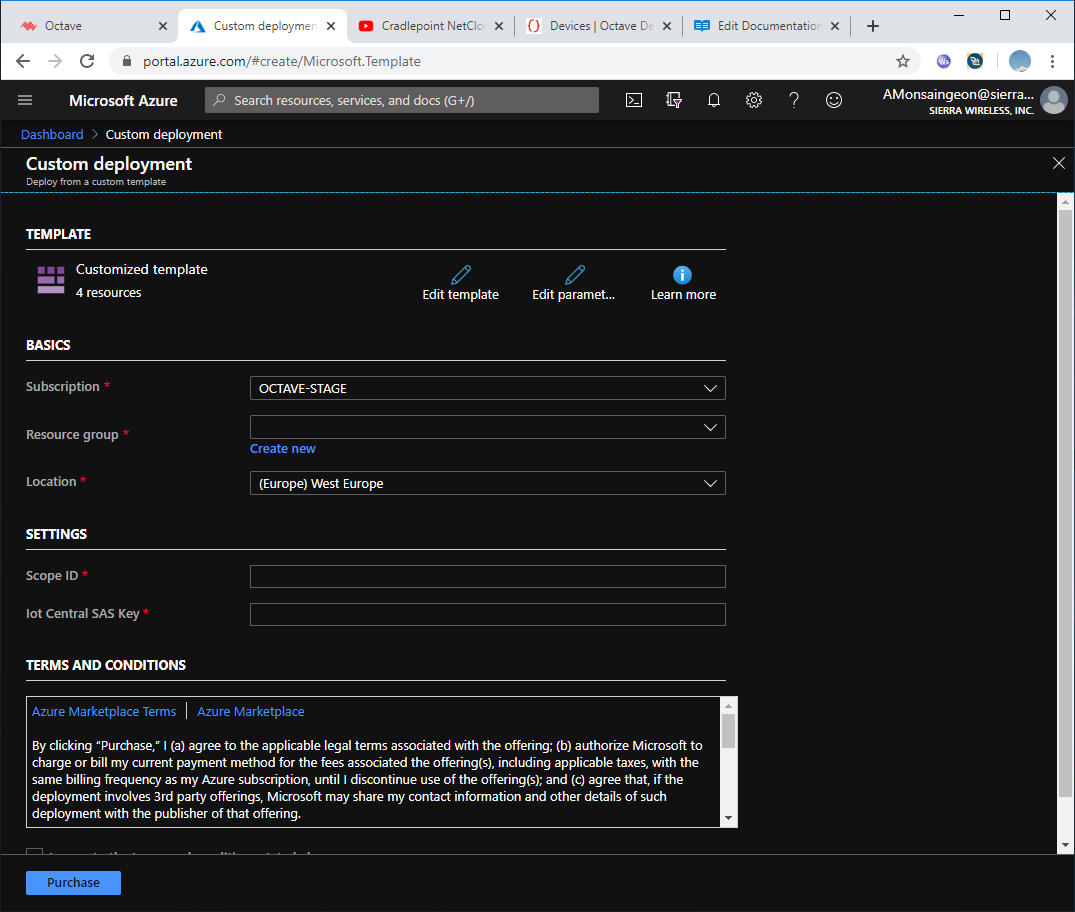 Fill in the "BASICS" as required

Then fill the required "SETTINGS" : the step below indicates how to collect the Scope ID and IoT Central SAS key from the IoT Central application

the IoT Central application mentioned at step 2 below, is the IoT central web application, which differs from the management of your IoT Central service in the Azure portal. 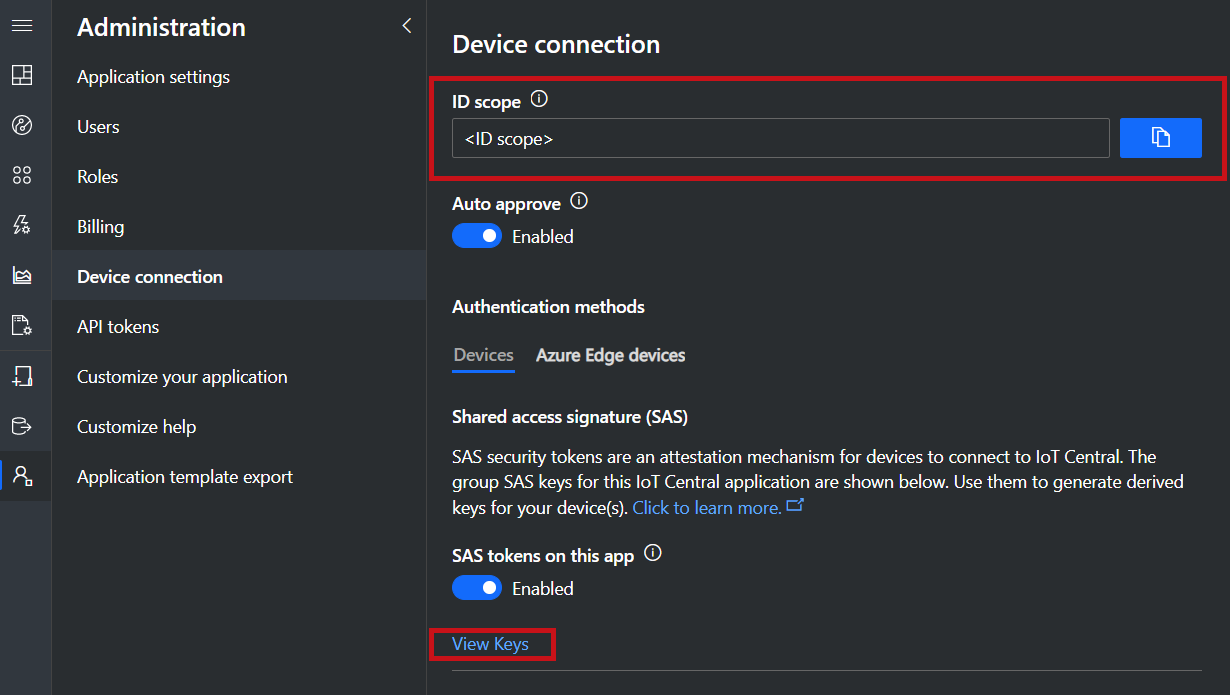 Go back to your Azure portal dashboard

The Azure portal notifications (top right corner) will tell you when the resources related to the package deployment have been successfully completed.

This may take a few minutes.

Then in the Azure Portal, in "All resources", search for a resource named Function App, it has been deployed as part of the step 1 process

In the console, run the command npm install (this command takes ~20 minutes to complete, so feel free to do something else in that time). No specific message is displayed upon completion, the spininning wheel disappears when done. 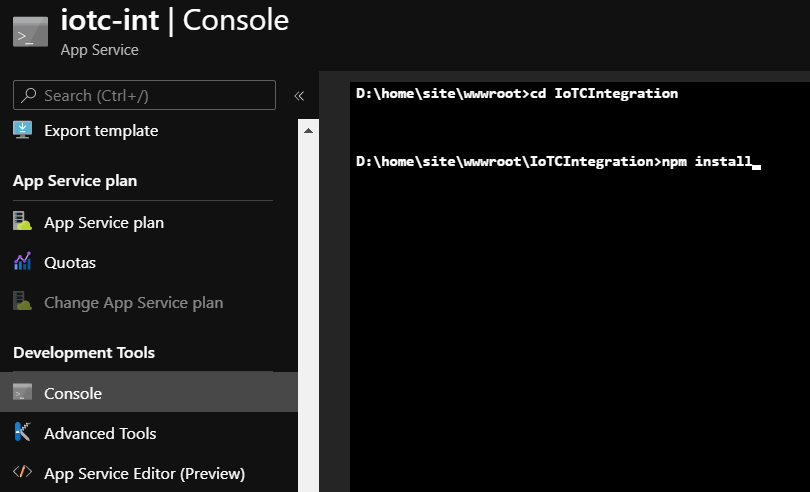 The function URL you retrieve will look like https://iotc-abcdefghijlk.azurewebsites.net/api/IoTCIntegration?code=xxxxxxxxxxxxxxxx==

This is the URL that will be used to POST data to IoT Central in your Octave cloud action further below.

2. Using a Cloud Action in Octave to POST Data to IoT Central

Your cloud action performs the following:

As you can see, there is only one URL to post data to IoT Central , and the only device specific field is the deviceId in the payload.

To initially check that data goes through when you post data with your cloud action:

event.elems.sensorA.value in the above code is an example, you heve to replace this code to match the data which is reported by your device in the stream which is processed by the Cloud Action

before running the above Cloud Action, you have to create that stream "/mycompany/iotcentral_post_results" throught Octave UI or the API

For device data to be received on the IoT Central application side:

As IoT Central interface evolves over time, we recommend you to look at the Azure IoT Central documentation here https://docs.microsoft.com/en-us/azure/iot-central/core/howto-set-up-template) if you need more explanations than provided below

a. Create a device template:

Go to IOT Central > App Settings > Device templates and follow the process (IoT Central UI evolves over time so the steps below might have changed, but things are usually pretty straightforward) 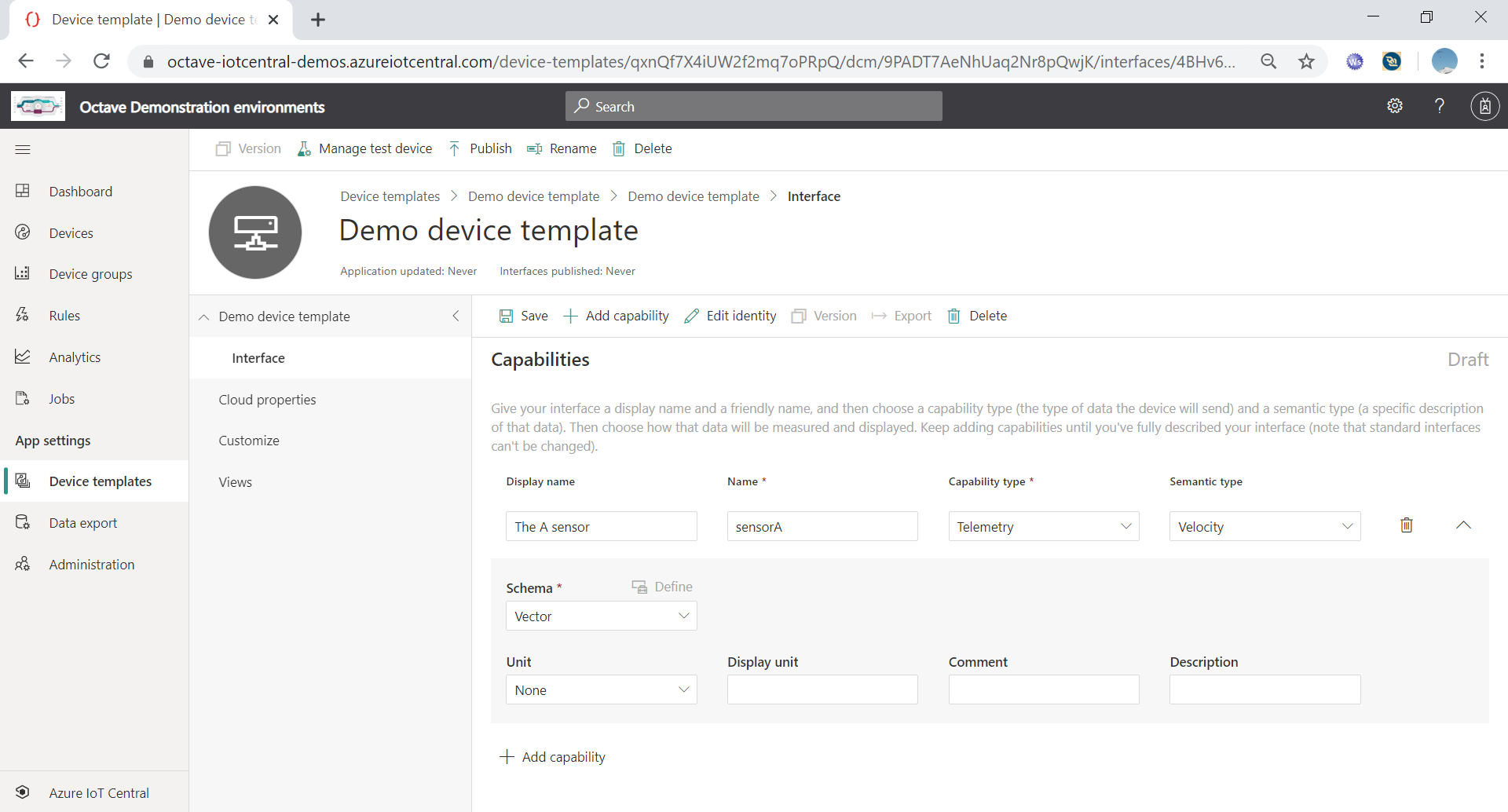 Note: if you want to import a simple device template for the MangOH Red, one is provided at the end of this tutorial

b. Associate a device to an existing template:

As seen on the screen capture below, a device named "test-device" has been seen, but has no assigned device Template: 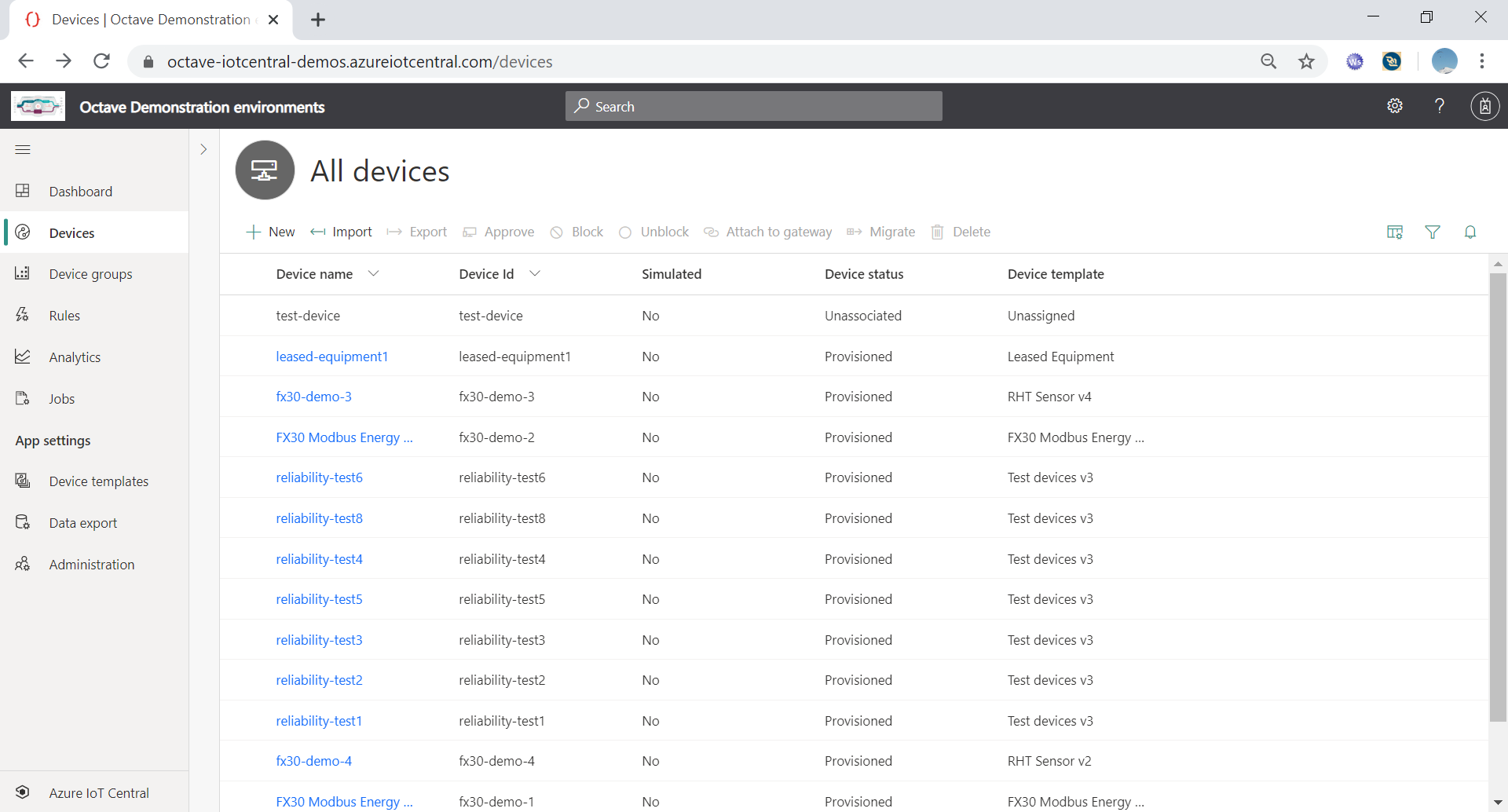 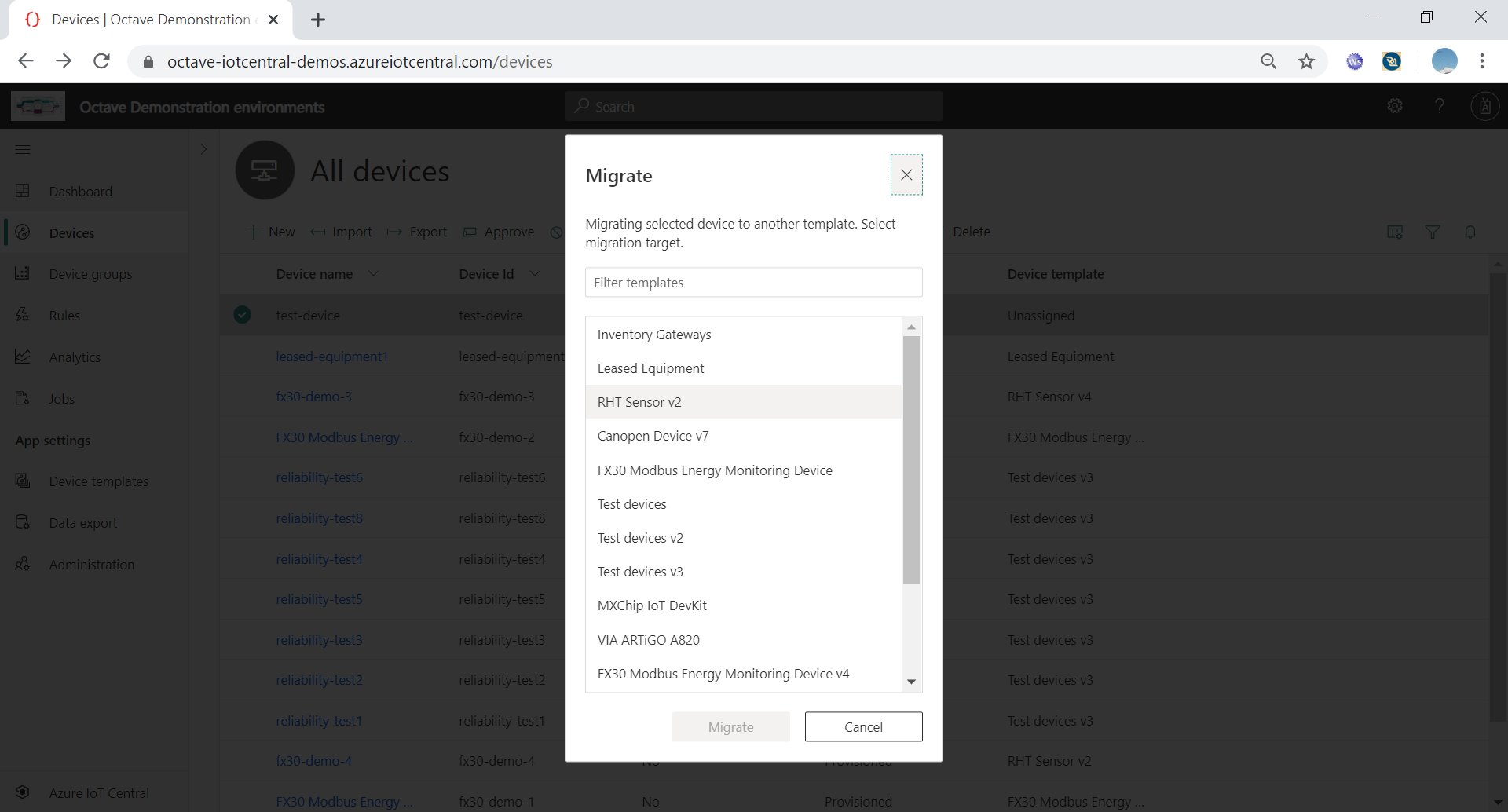 There are 3 main ways to access to device Telemetry: 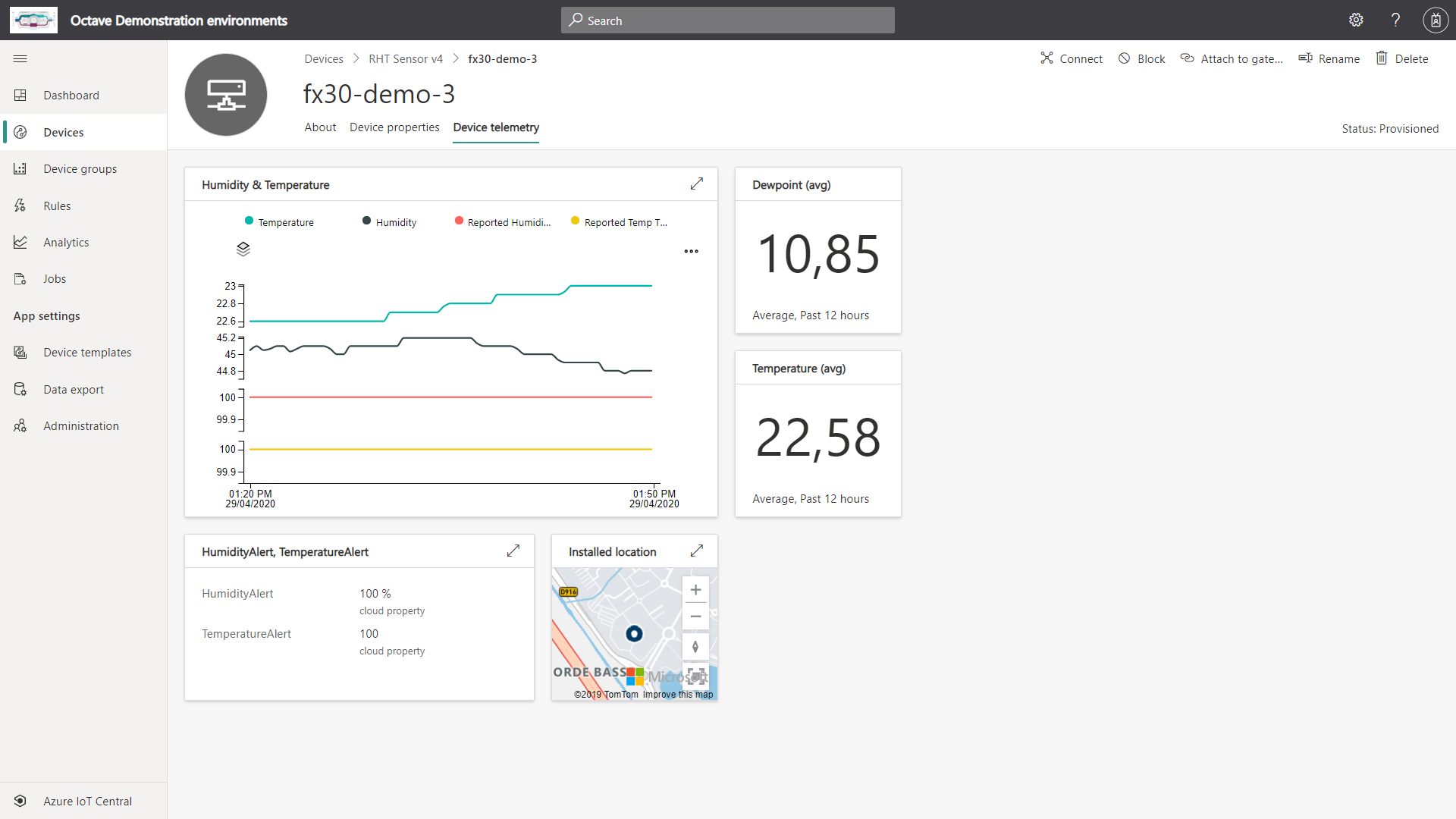 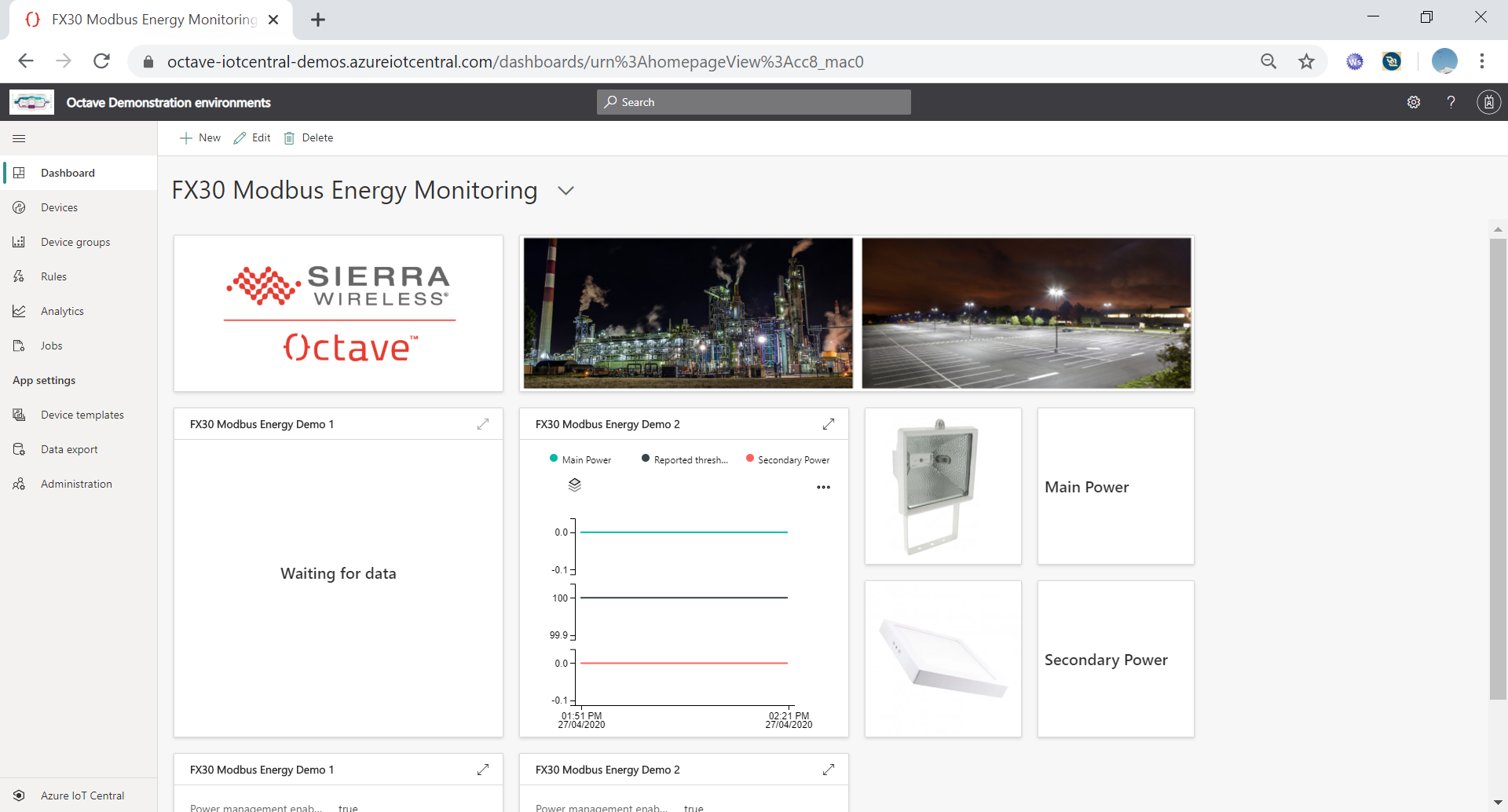 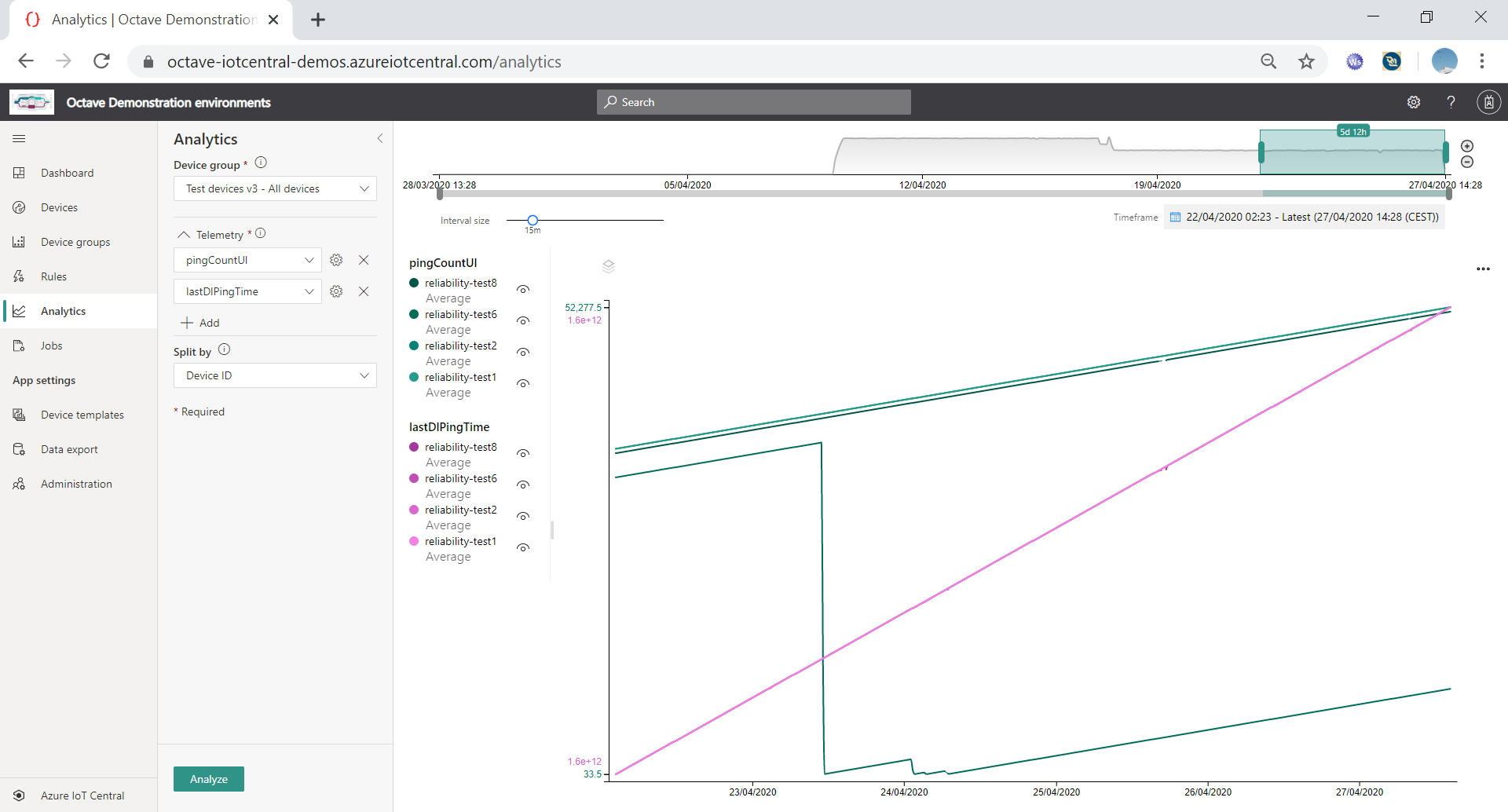 You can use this file to import a device template which has 3 sensors (temperature, light, pressure). You can use it for a MangoH Red or Yellow for instance, provided that the reported sensor names under "measurements" are: "light", "pressure", and "temperature"